Home » english » internet » Why Puntland internet is some expensive and Slow internet if compared to other regions in somalia ?

Why Puntland internet is some expensive and Slow internet if compared to other regions in somalia ? 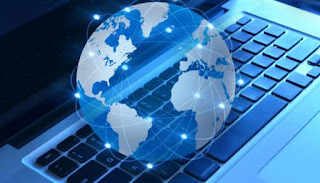 In Somalia generally and particularly in puntland offering over-priced, fixed-line internet don't matter as much because of the rapid growth of mobile technology, which has the potential to bring connectivity to more people that fixed lines couldn't.

These days, the Internet became an important part of our lives, a popular way to find out information and many people around the globe use Internet to communicate their Families, Friends and loved ones , so the people around the world get access to the internet from almost anywhere the traditional wired DSL, fixed wireless , 3G or 2G(GPRS) for nomadic use and remote areas.

Unfortunately, mobile internet in Puntland state suffers from some of the structural constraints including slow speed, lack of competitionas, and mobile data charges are also among the most expensive compared to rest of the country.

Although the Internet is a basic service and the governments have the right to dictate the price and the speed of the connection, puntland Goverment which supposed to monitor these private telcommunication companies and help consumers don't seem to feel the urgency of the situation.