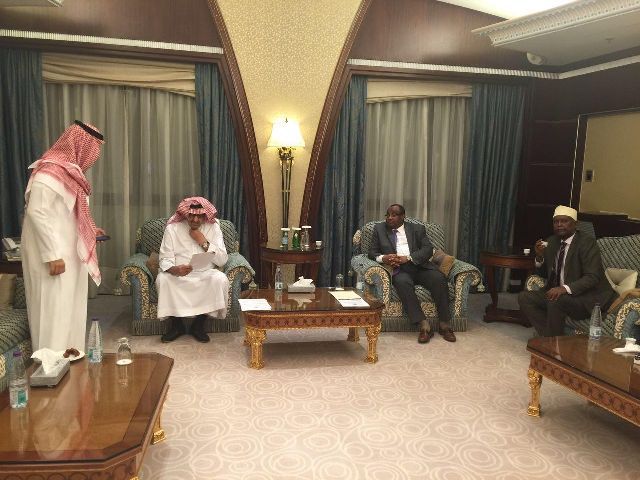 The President of Puntland State of somalia  Dr. Abdiwali Mohamed Ali Gaas jetted Back to the country after an official visit to countries Saudi Arabia and Ethiopia .
The President Abdiwali Gaas  arrived on Saturday morning to the city of Bosasso, the economic capital of Puntland state after returning from an official visit to the two countries, Ethiopia and Saudi Arabia, where he was received by  top Puntland government officials including First Deputy of Puntland Parliament Abdul Hamid Sheikh Abdulsalam , traditional leaders, members of the Puntland local authorities, the members of the civil society and hunders of people.
Speaking with media just After arriving at the break hall in Bossaso International Airport President Abdiwali Mohamed Ali Gaas talked about his visits to the two countries  Ethiopia and  Saudi Arabia and the results of his meetings and talks with officials in both countries.
President Abdiwali  Mohamed Ali Gas, said his talks with the officials of the two countries was on  various areas and ways to strengthen coordination and cooperation regarding issues of mutual interest and regional and international issues
President Abdi wali  mohamed ali Gaas added that  during his visit  he also met with businessmen From the both countries and discuss with them the  investment opportunities in the regions of Puntland state of somalia and ways to promote joint investments, especially in the field of infrastructure and development projects as factories.
The Puntland president has signed an agreement during his Fist To Saudi Arabia with a Saudian billionaire Amiir Suldan Bin Abdinasir on Friday, following a consecutive investment talks in Riydh.
According to press sources identical agreement provides for the implementation of development projects for the construction of a port in the coastal city Graad in the territory of Mudug and building street connecting the towns of Graad and Gildgb in the same region and rebuild Abdullahi Yusuf Airport in Galkayo

Puntland president has aslo described his trip as ‘millstone” saying investment agreements in place to be implemented in seaside towns including Garacad ,Laasqoray and Baargaal and aslo include  the implementation of development projects As construction of a port in the coastal city Graad  and building street connecting the towns of Graad and Galdogob and rebuilding Abdullahi Yusuf Airport in Galkayo 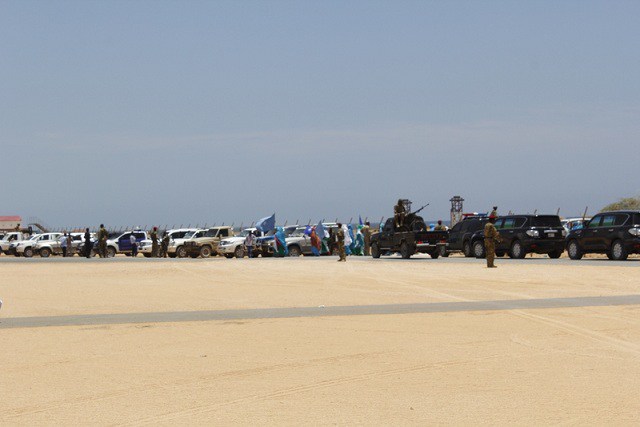