#Egypt phases out Tuk-tuks, replaces them with minivans 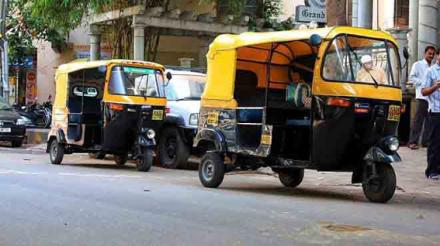 The Egyptian government has announced an ambitious plan to phase out over three million three-wheeled vehicles - tuk-tuks and replace them with micro buses in an effort to enhance safety in the transport sector.

Egyptian Prime Minister Mostafa Madbouli told the Ministry of Finance that tuk-tuks will be phased out over the next three years on grounds that the three-wheelers are unsafe and unlicensed.

The replacement programme will be monitored by the Ministry of Finance in cooperation with other concerned parties, a cabinet office press release has directed.

Madbouli said that the new programme to replace tuk-tuks with gas-powered micro buses will create thousands of jobs. However, tuk-tuk owners and drivers are worried saying the move could affect them negatively.

"Replacing the old tuk-tuks with minivans is not a bad idea. What worries me is that the new minivans might be too expensive for me to afford," said Reda al-Bahrawi, 57, a tuk-tuk owner.

Five years ago, Bahrawi bought his auto-rickshaw with bonus from his early retirement pension, deeming it a profitable project. Bahrawi and his son offer transportation services 18 hours a day using the tuk-tuk to supplement their family living expenses in Haram, a densely populated district in Giza province.

"It is not clear how the replacement will be implemented, and how I will pay the difference in prices between the rickshaw and the minivan," Bahrawi told Xinhua.

However, Bahrawi sees some merits in the government directive noting that the microbuses will be more comfortable for passengers and will use less fuel if operated on natural gas. "Also, the minivans will be licensed so I will not have to worry about getting in trouble with the traffic police," he explained.

According to the state-owned Central Agency for Public Mobilization and Statistics, only 99,000 tuk-tuks are registered in Egypt while over three million continue to operate unregistered between 2014 and 2016.

Mohamed Ibrahim, 23, who owns a tuk-tuk praised the government's decision but wondered how it will be implemented.