Home » Africa news » Rwanda and Uganda warm up to each other

Rwanda and Uganda warm up to each other 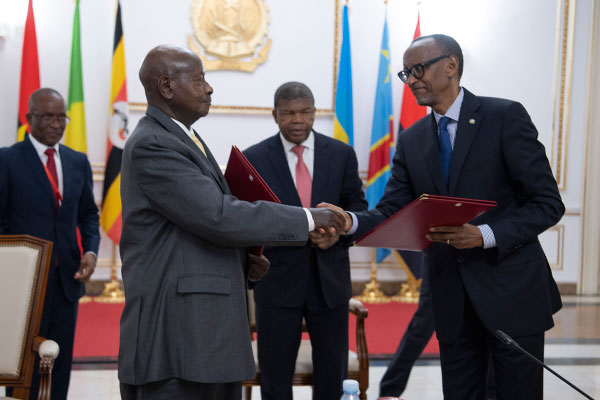 Rwanda and Uganda are committed to implementing the agreement signed in August in Luanda to ease tension between them, government officials from both countries said Monday.

On Monday, government officials from Rwanda and Uganda were locked for hours in a private meeting in Kigali, as they sought to find ways to cease hostilities that have led to trade and travel restrictions.

“The MoU underlines the scale of Pan Africanism and is vital to our social economic development. Our two countries have long historic socio-economic and cultural ties and the closure of borders has disrupted communities, separated families and disrupted trade and movement of goods and people,” Mr Kutesa said.