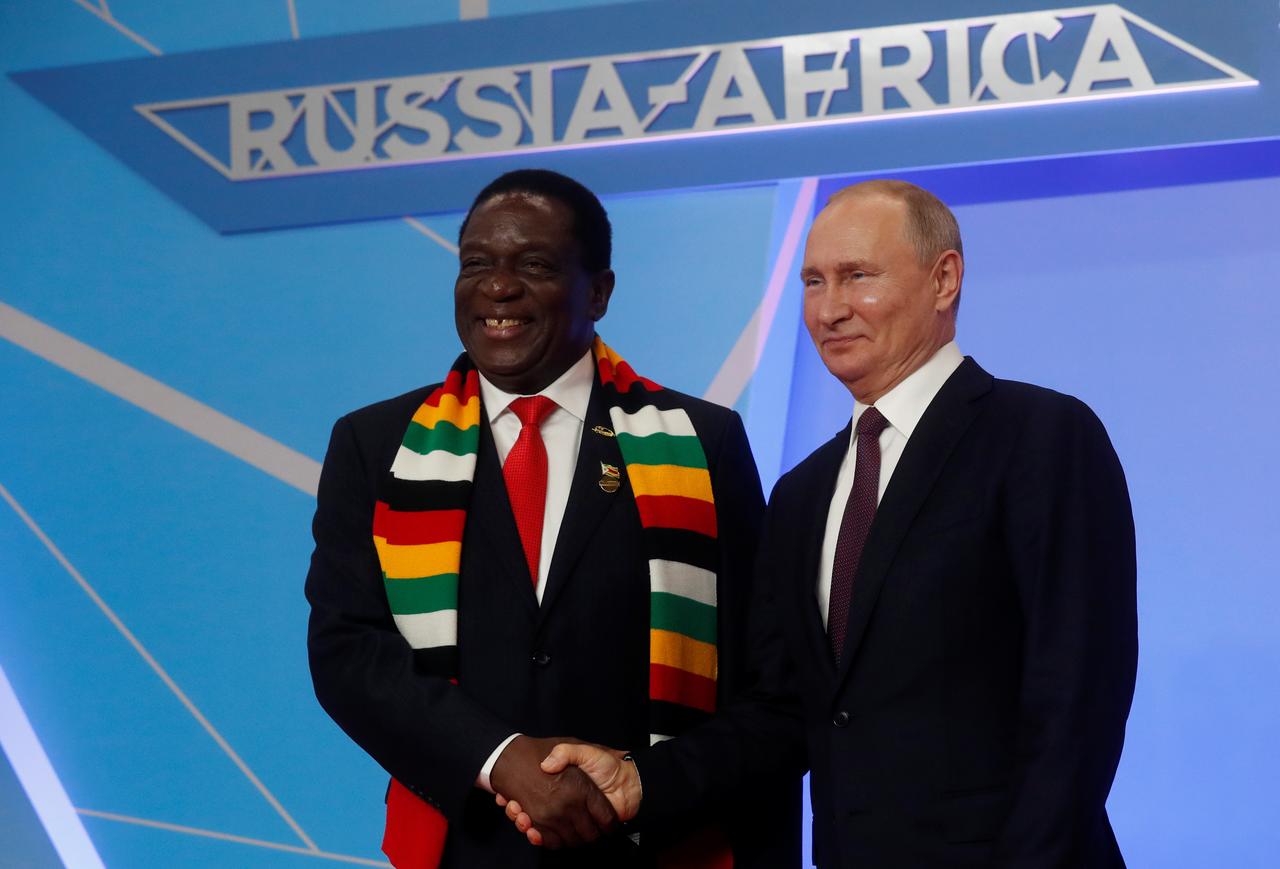 The two Tupolev Tu-160 strategic bombers touched down at Waterkloof air force base in Tshwane on Wednesday, the South African National Defence Force said. Russia’s Ministry of Defence has said the mission is designed to nurture military ties with South Africa.

Speaking before dozens of African heads of state at a two-day summit in the southern Russian city of Sochi, Putin called for trade with African countries to double over the next four to five years and said Moscow had written off African debts to the tune of over $20 billion.

The first Russia-Africa summit is part of a Kremlin drive to win business and restore influence that faded after the 1991 collapse of the Soviet Union, which backed leftist governments and movements across the continent throughout the Cold War.

“Many Russian companies have long and successfully worked with partners from the most different sectors of the African economy and plan to expand their influence in Africa. We of course will provide support at the state level,” said Putin.

But Russia is starting from a low base. Although it has enjoyed considerable success selling arms to African countries, Moscow lags far behind competitors in trade terms.

Russia says its trade with African countries rose to $20 billion last year, but it did not rank among the continent’s top five largest partners for trade in goods, according to Eurostat.

That list was topped by the European Union, followed by China, India, the United States and the United Arab Emirates.

As it noted the arrival of Russia’s warplanes, the South African National Defence Force praised what it said were strong diplomatic links between the countries.

“Our relations are not solely built on ‘struggle politics’, but rather on fostering mutually beneficial partnerships based on common interests,” it said in a statement.

South African media have been more skeptical about Moscow’s return to the continent. “Russia is the clumsy latecomer at Africa’s superpower party,” ran a Mail & Guardian headline in June.

Russia’s reappearance was thrust into the spotlight last year when three Russian journalists were killed in the Central African Republic (CAR) while investigating the alleged presence there of a shady Russian private military contractor known as the Wagner group.

Putin and CAR President Faustin-Archange Touadéra discussed the investigation into the killings at talks on Wednesday, the Kremlin said.

U.S. officials have vowed to counter what they see as Moscow’s growing political and economic clout in Africa as well as that of China, which has long had a large economic presence there and began its own series of Africa summits in 2006.

Russia’s largest lender Sberbank and its state financial institutions agreed to support trade finance between Russia and African countries with an agreement worth $5 billion.

Russia’s state nuclear company Rosatom is in talks with Ethiopia to build a nuclear power station there, Interfax quoted the Russian company as saying.

On Monday, Putin accused former colonial powers in the West of intimidating African countries to exploit the continent’s resources. “We see how an array of Western countries are resorting to pressure, intimidation and blackmail of sovereign African governments,” Putin told TASS news agency.