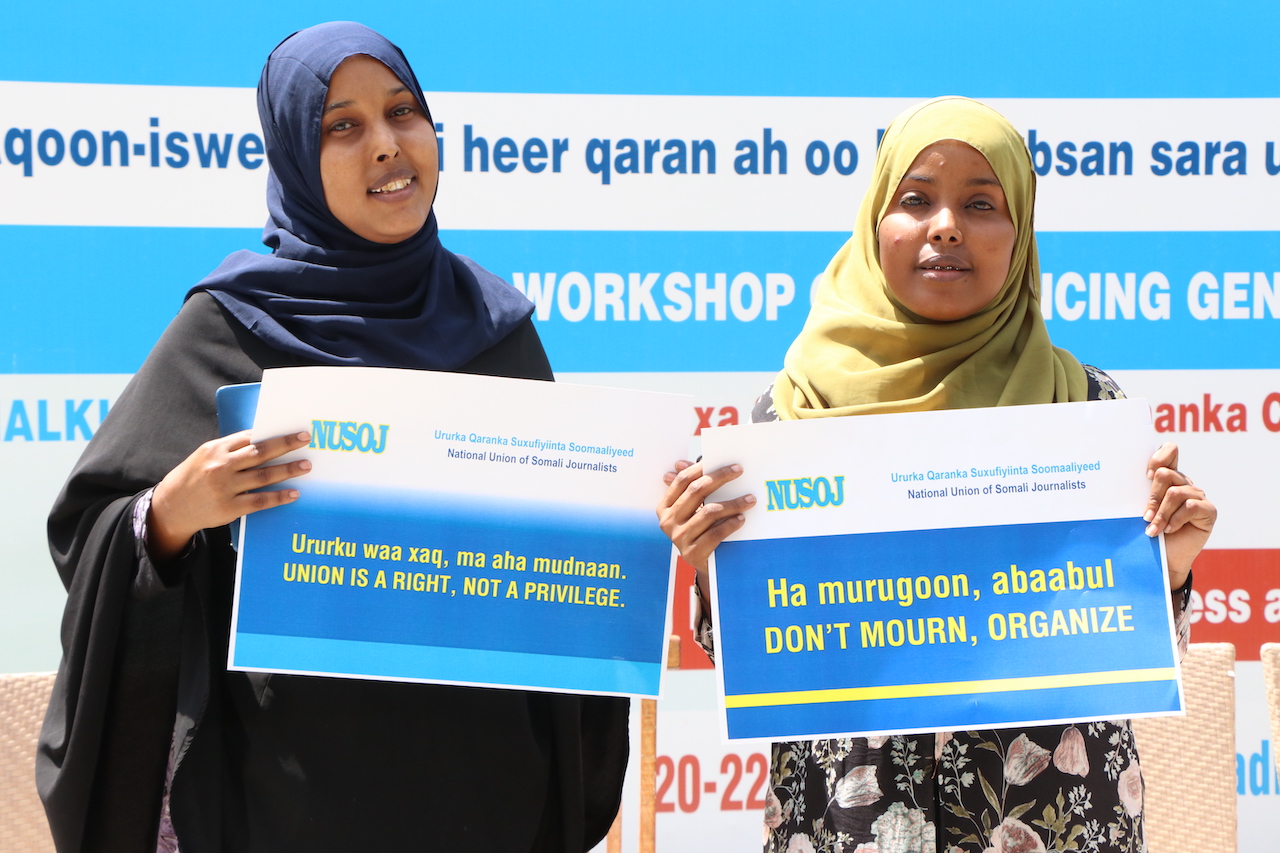 The Federation of Somali Trade Unions (FESTU) observes the International Equal Pay Day (18 September 2020), which is globally celebrated for the first time, to highlight the substantial gender pay gaps that exist in Somalia, both because of gender discrimination in pay and because women workers are concentrated in low paid and insecure jobs.

Somalia is plagued by deeply rooted patriarchy which manifests in every facet of a woman’s life. Gender discrimination and inequality is rife within the workplace across the country and culminates in unequal pay for equal work, while Somali women remain far more vulnerable to unemployment than men.

More precisely, the challenge to achieve gender equality is still very evident in the inadequate and disappointing salaries that women in Somalia get compared to their male counterparts. Work done by women has factually been undervalued and underpaid, either because it mirrors work that has traditionally been carried out by women in the home, or simply because women are paid less for work of equal value.

Whilst women’s access to employment is improving, working conditions have become more unbearable for women workers. Increasingly, women’s work is found in precarious, unprotected sectors such as casual, temporary and contract work, where they do not enjoy any employment benefits.

“We are in solidarity with Somali women workers, in particular, who during the COVID-19 crisis are intensifying the struggle for their own emancipation, until all visages of oppression, discrimination and exploitation have been buried. In particular, Somalia’s working-class women remain the bedrock of a continuous and uninterrupted struggle for the total emancipation of all Somali workers” said Omar Faruk Osman, General Secretary of FESTU.

With focus and determination, FESTU and its affiliated unions are committed to continue to press for more meaningful progress in securing equal pay for work of equal value to address existing discriminatory structural gender biases in the labour market and to challenge gender stereotypes that limit Somali women access to quality jobs, which contribute to prevalent gender pay gaps.

The Somali National Tripartite Consultative Council (SNTCC) where the Federal Government, Federal Member States, trade unions and employers meet on labour issues, should convene urgently to ensure the application of the principle of equal pay for work of equal value.

FESTU calls on the Federal Government of Somalia to expeditiously ratify and domesticate the ILO Convention 100 on Equal Remuneration for Men and Women Workers for Work of Equal Value.