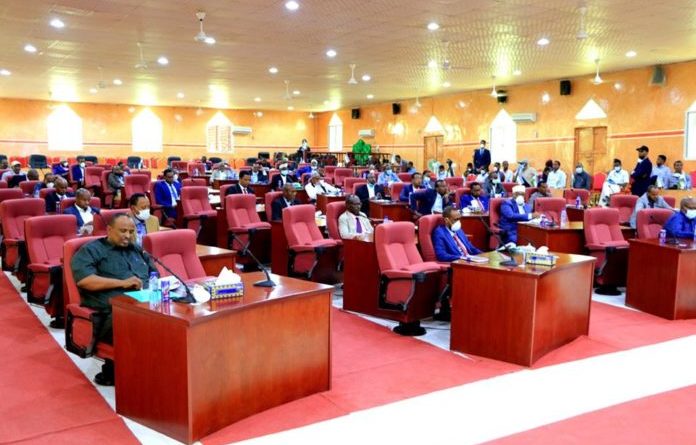 A session held by the Parliament of the Federal State of Puntland in Somalia ended a short while ago in the city of Groowe, the state capital, in chaos

The speaker was forced to adjourn the session after the continuing clamor and chaos in Parliament.

The debate erupted after parliament members demanded that the journalists be removed from the hall, which was opposed by the Speaker of Parliament, and caused an uproar in Parliament.

President Abdul Rashid Yusef Jibril issued a brief statement in which he addressed the disruption of the parliamentary session, which was preparing for the accountability Minister of Planning, Economic Development and Cooperation of Puntland Abdul Qafar Alami Hang.

The Speaker of Parliament added, "Today's session has been lifted in accordance with Article 8, Article 6 of the House of Representatives bylaw after five members obstructed the work of the House." .

However, the meeting's agenda was to hold the Puntland Cabinet of Ministers accountable to President Said Denny, so that lawmakers could ask questions about the state's general situation.