Home
featured
Puntland News
Because of DP WORLD : suppression of Puntland House of Representatives causes a constitutional crisis in the state

Because of DP WORLD : suppression of Puntland House of Representatives causes a constitutional crisis in the state 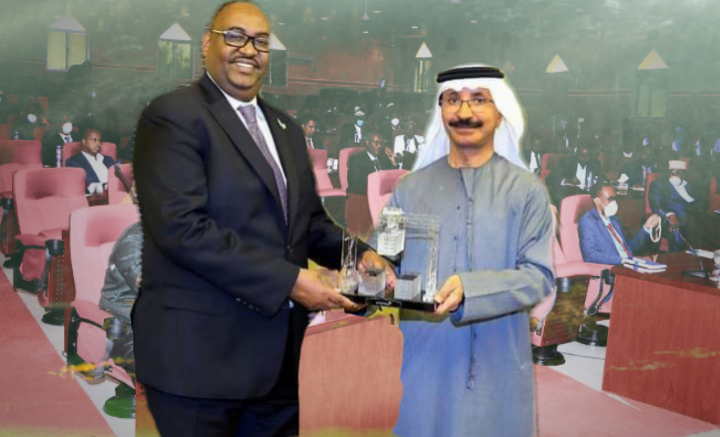 Eight MPs found themselves as ordinary citizens without immunity when several MPs voted to remove legislative immunity from them - immunity that would otherwise have allowed a better diversity of opinions.
The eight deputies stated that they had not committed any mistake other than expressing their opinions, which were different from that of the Speaker of Parliament.
They said that they were targeted because of their views on accountability of the government for its operations and a proposal to reconsider or cancel the Dubai Ports World agreement to manage the Port of Bosaso after the deterioration of the port's condition and accusing the Emirati company of delaying the start of the first stage of the port development process and other issues of concern to the people of the state
The eight MPs recently issued a letter to inform stakeholders from Puntland politicians, the international community and international law enforcement agencies of the breaches surrounding their immunity removal.
They have included articles of the constitution that they believe are complementary to the executive branch of the legislature, led by the president and speaker of the parliament, respectively
In a recent interview with Delgar Radio and Network, Mr. Mohamed Ismail Mohamed (known as SEPAD) - an MP in the Parliament of Puntland who also holds the position of President of the Future Political Organization - stated that lifting the immunity of these deputies was unconstitutional and therefore still considered them deputies.
Mr. Sibad added that the root cause of all these recurring problems in Parliament is that the legislative, judicial and executive powers have become indivisible in violation of Article 58, Paragraph 1 which states that “Every organ of the state must be independent in exercising its functions and powers and not subordinate to the agencies. Other, except for specific cases expressly provided by the Constitution. "
It also violates the same article, paragraph 2, which states: “It is forbidden to delegate duties and responsibilities from one of the state’s agencies to another.”

Mr. Sibad made it clear that the issue of these representatives should not have been dealt with by the Attorney General as there were no serious crimes or irregularities in the House of Representatives.

He added that immunity has an effective role in vital matters such as preserving democracy in the face of governments with authoritarian tendencies. Mr. Sepad's comments were not a surprise.
On December 08, 2020, sons responded stating that the President of Puntland had met the President of the Puntland Supreme Court in Garowe in relation to the eight MPs case.
Sources confirmed that the president ordered the court to set a date for the hearing of the case of these deputies and to postpone the procedures until after April 2021, when senators in the Somali parliament are elected -
However, the deputies denied that any of them lodged a complaint or protest with the Supreme Court
Everyone can clearly see the shocking fact that the three branches of government in Puntland (legislative, judicial and executive) operate as one unit in each other's pocket; The result is the suppression of those who dare to question the government's operations and foreign deals that make everyone, including the MPs, dispensable.
In conclusion, Somalis wonder if Puntland is heading towards a dictatorship like Jopaland, Mr. Ahmed Madoubi, as well as about its seriousness in the democratization process that it recently brought about by opening political organizations