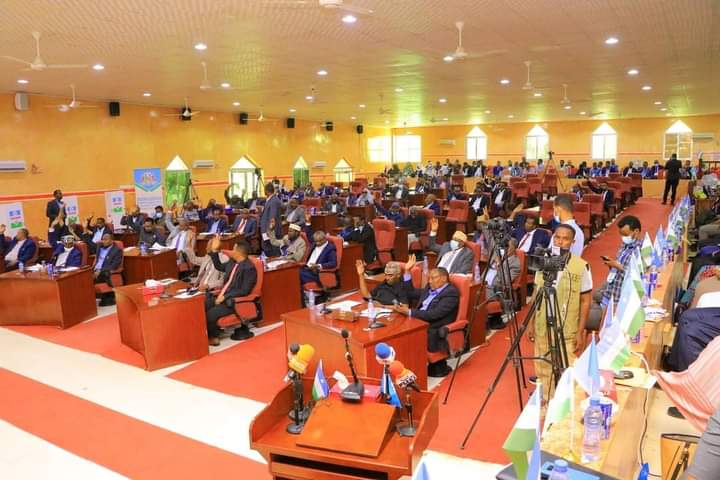 In another farcical play similar to what was done by the jubbaland state Parliament, and in an act that injures democracy and the paths of transition towards democracy in Somalia, and the efforts of the international community to establish the concepts of democracy and political pluralism, the parliament of the federal state of puntland in Somalia approved the people chosen by President Said Abdullahi Denni to represent the state in the Federal Senate.

The puntland state parliament announced the winners of the seats, one by one after most of their rivals withdrew from the race in the last minutes before voting began. In a disgraceful move that makes the whole process unfair and in no way reflective of democracy.

the majority of member states and the federal state of Somalia failed to adhere to the standards of democracy based on fundamental rights, political and party pluralism, true representation, strong institutions and commitment to the rule of law.

Both the United States and the european Union have warned in earlier, strongly worded statements that such actions will lead to deep division and undermine political independence, sovereign rights and democratic principles in support of the aspirations of the Somali people to exercise their democratic rights, as well as the political reforms that were at the heart of the country's progress.

Many Somali tribes denounced the deprivation of their rights and their exclusion from the political scene, describing it as unconstitutional, and said that it would lead the country to political instability and post security risks if the countries and those supporting this process did not intervene.