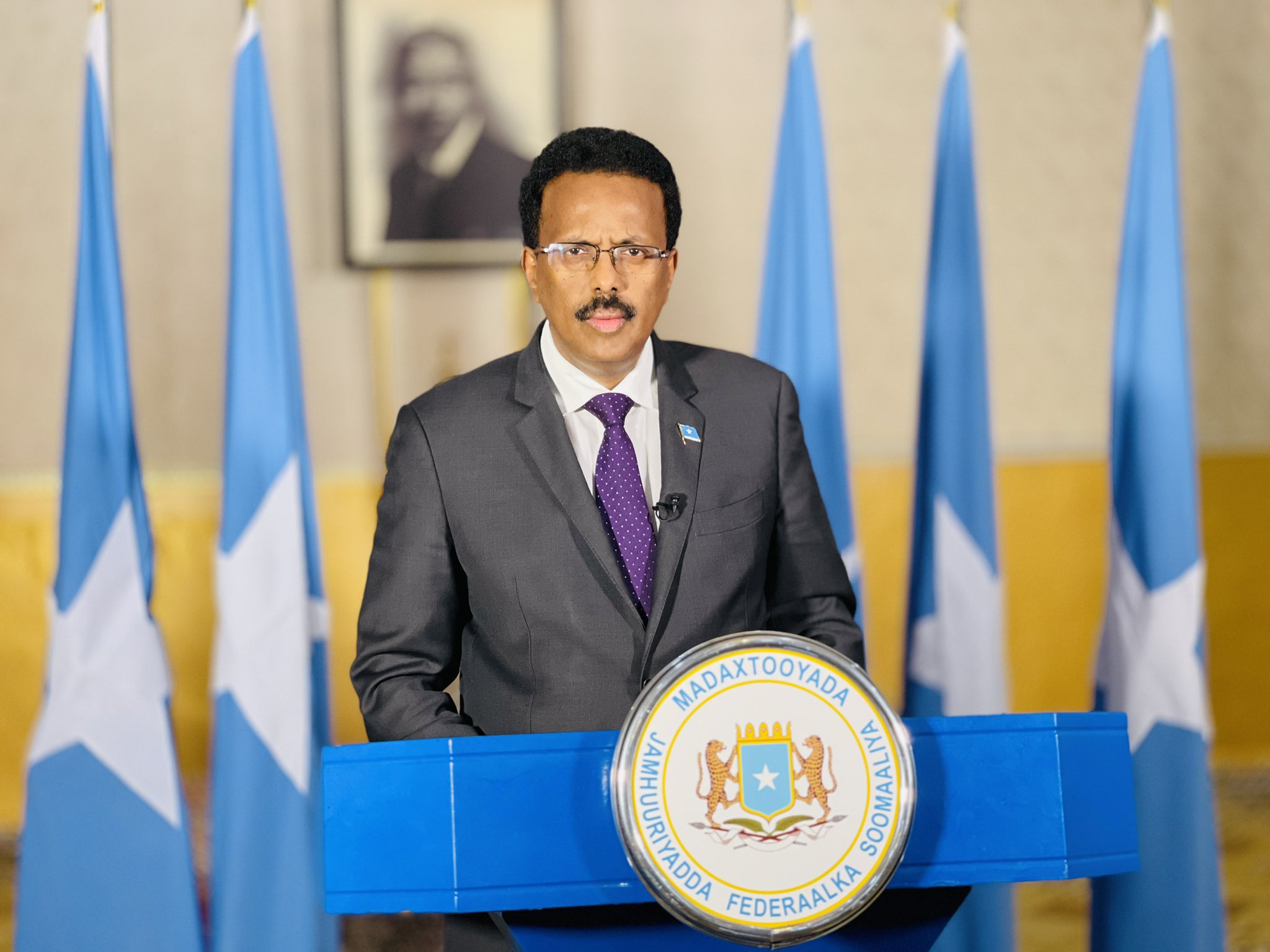 His Excellency the President of the Federal Republic of Somalia, Mohamed Abdullahi Farmajo. After seeing the message. Issued by the Prime Minister of the Federal Government of Somalia. His Excellency Muhammed Hussain Robley regarding the dismissal of the commander of the National Security Agency and Intelligence. Appointment of a temporary commander.

when he saw; Articles 87 and 90 of the interim constitution. for the Federal Republic of Somalia. which stipulate that the President of the Republic is the guardian of the fundamental principles of the Constitution, and is the Supreme Commander of the Armed Forces;

And when he saw; Guide Articles 97 and .100 of the interim constitution of the Federal Republic of Somalia? and powers of the executive branch. and the role of the Prime Minister of the Federal Government of Somalia. In dismissing the commanders of the armed forces. , which is limited to recommendations and implementation of policy and economic development activities.

The President of the Republic is aware of the importance of the National Security Apparatus for the country's security. its role in confronting the terrorist threat to Somalia and its international partners;

The President of the Republic retains his responsibility to stop any action of his. Inciting terrorist groups and undermining the reputation and role of the security services.

From this standpoint, produce the following;